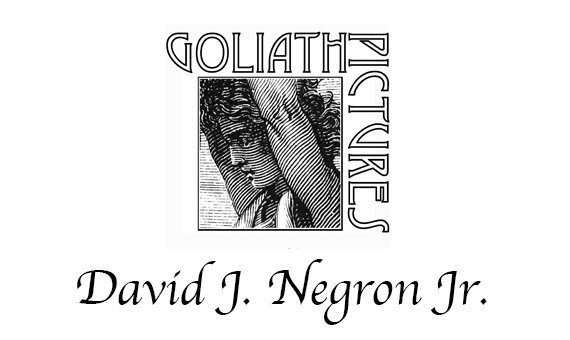 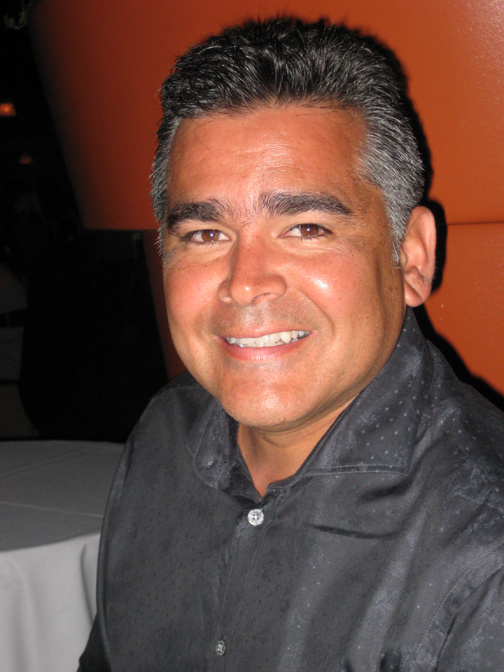 Working freelance in the motion picture industry for more than twenty-five years, David J. Negron Jr. has held multiple key positions and has obtained a reputation that proceeds him to this day.

David is not a stranger to the motion picture Art Department.  In the mid-eighties, he held a position as an apprentice illustrator to his father, David J Negron Sr., and was first employed by Paramount Pictures on the TV series, of James Michener’s book, Space. It was during this period that the craft of film-making began to resonate with him. In the days of 35mm film, Space had its collections of visual problems that needed close attention. Working closely with his father, through art illustration, they proceeded to solve the unique film-making problems including filming scenes that were to take place on a moonscape and shot on a studio soundstage. Soon after, David Sr. worked as an illustrator on a feature film for Columbia Pictures entitled Jo Jo Dancer Your Life is Calling directed by Richard Pryor. This is when he included his son David Jr. to solve another problem with visual effects the film was facing. With clever and literal “smoke and mirrors,” the father-son duo developed a twining visual effect that even stunned the acclaimed cinematographer, John Alonzo (China Town), and the production designer, John De Cure (Cleopatra). Including the Visual Effects Supervisor Richard Edland of Boss Films, the production team was in total left scratching their heads in disbelief. Once Director Pryor got a look at the the 16mm test footage in the screening room, as described by Negron Jr., “He stood up and said I want you to do this for my movie and all the visual effects as well!” As Negron Jr was hurled into the VFX world as a Visual Effects Supervisor, the young artist was taken under the wing of Cinematographer John Alonzo and pioneered the first “real time computer motion control” use on an active set. In addition to the twining effect, later coined The Gemini Effect, Negron Jr. was also responsible for additional blue screen and split screen effects, all composited on film. Panavison Cameras had even built a specific piece of camera equipment that he would use to create to do in-camera compositions. A stunning accomplishment for 1988, even more to have been done on film!

As the demand for Storyboard Artists in the industry took off, David Jr was beginning to hit his stride and continued to be employed by top film studios and directors of the time. His many credits include Rambo III, Dead Poets Society and Lethal Weapon II, where he is credited with designing the now unforgettable “surfboard kill sequence” in the movie. He later went on to storyboard and illustrate one of the highest grossing Christmas movie ever, Christmas Vacation. David enjoyed a steady flow of freelance storyboard work for many more years, he attributes his success to working with some of the most prestigious and talented directors in Hollywood. To date, his storyboard credits exceed more than fifty films and commercials. He is often asked if comic books play an influential roll in his film-making and his answer is always no, he states he is a “film-maker first and then an artist second.” He would follow up with, “Storyboarding is the heart of film-making, it is where ideas, problems, and greatness are discovered and all the rest is just hard work.”  Today, he is still enjoying the process of storyboarding and is recently credited with the films; San Andreas, Ghost in the Shell, Geostorm (all with heavy visual effects) and most recently In the Heights, a Jon Chu film.

With a keen sense of problem solving and creativity, David’s influence on film has put him in the position of designing images and sequences that have become timeless and iconic in the industry. In a film such as Clear and Present Danger, while working on storyboards with the film’s director Phillip Noyce, the “Suburban Kill-Zone Sequence” had yet to be unmatched in any other action sequence of its magnitude. Negron continued to storyboards and design with film director Noyce for a total of four pictures; Patriot Games, Clear and Present Danger, Sliver, and The Saint.  While working on Lawrence Kasdan’s feature film, Wyatt Earp, Mr. Kasdan commented on Negron’s ability to understand film design, stating that, “His next step in film should be a Second Unit Directior!” On Kevin Costner’s film, The Postman, Kevin saw the potential of Negron’s film-maker technical side and promoted him from Storyboard Artist to Visual Effects Supervisor to complete his film.  David went on to Visual Effects Supervise many Costner related films such as Message in a Bottle and Open Range and is currently involved in the development of future projects within Costner’s company, Treehouse Films. Costner was also instrumental in Negron’s introduction to the Directors Guild of America as a new guild member. On Kevin’s film, Open Range, Negron was called upon to develop early concepts and designs for the film. As the picture started pre-production, David’s key designs of the western town and action sequence layouts were critical for the construction of the movie sets. During production, David also held the position of Visual Effects Supervisor. While shooting visual effects plates (for later sky treatments in the film) Costner suggested to start adding moving elements such as, cows and other actions. After reviewing the new footage shot by Negron, Costner had him film other shots for the film as well.  Shortly there after, Negron was supplied with a full crew and was promoted to 2nd Unit Director. In the film, Open Range, many key shots were designed and shot by David and today, the film’s climatic, “Shoot Out Sequence” is remembered as one of the most “influential gunfights” in a Western film.  Negron went on with this film to post-production where he four-walled a team of computer visual effects artists and completed more than three hundred invisible visual effects. He also finished as a key contributor to the color timing alongside cinematographer Jimmy Muro.  It was during this time that Costner presented him with a main title credit of Visual Effects Supervisor.

With many film credits under his belt, Negron’s thirst for storytelling had reached its time. His time had come to direct. Approached by a long time friend and producer, Fred Calvert, Negron and Calvert embarked on filming a psychological thriller entitled Killing Ariel, written by Fred Calvert. This low-budget feature film project was undertaken by Negron and Calvert as an attempt to create films for the fast growing need for more content in feature film platforms. Helmed as Co-Director,  Negron was also the co-producer, Camera Operator, Visual Effects Supervisor, AD, Additional Editor and Promotor of the film. The film was edited into completion by Negron’s brother Joel Negron (Thor: Ragnarok).  The picture is credited with two accolades from the Hollywood Film Festival as “Official Selection” and “Honorable Mention” and by the Sole Dance Film Festival as “Official Selection.” The film was  picked up and released by Shoreline Entertainment and released to North American and foreign territories. The film can also be found on Netflix, Redbox, Amazon and on DVD. Although David’s next opportunity to Direct has not been attained, other than 2nd Unit Director, he continues to perfect his storytelling craft through screenwriting. With four completed scripts registered with the Writers Guild of America, he is poised as director and writer when the opportunity presents itself again.

2018 and 2019 were interesting years for Negron as he teamed up with his long-time directing friend, Duwayne Dunham, on a film called The Happy Worker. This was a script that was acquired by David Lynch, based on S.E. Feinberg’s play, first performed in 1982 at the Actors Theatre of Louisville. Dunham and Negron had began their first early design and concepts for the uniquely wacky and fable-like film some ten years ago. During other film commitments and for many years that followed, they would collaborate often on the distinct look of the film and how they would accomplish it. Dunham positioned Negron as Storyboard Artist, Concept Artist, 2nd Unit Director and Visual Effects Supervisor and ultimately presenting him with a single main title credit as Visual Designer.  Negron is quoted as expressing, “Given the film’s tight budget, these images will create a landmark in design and accomplishments for years to come.” The Happy Worker is set to be released to the public nearing the end of 2019.

David considers himself as an Artist and Film-Maker.  He is a member of the DGA and ADG and as a freelancer is currently seeking employment indefinitely in the film industry.

David J. Negron Jr. resides in Los Alamitos, California where his need for inspiration and speed is fulfilled on a desert road, riding a motorcycle. 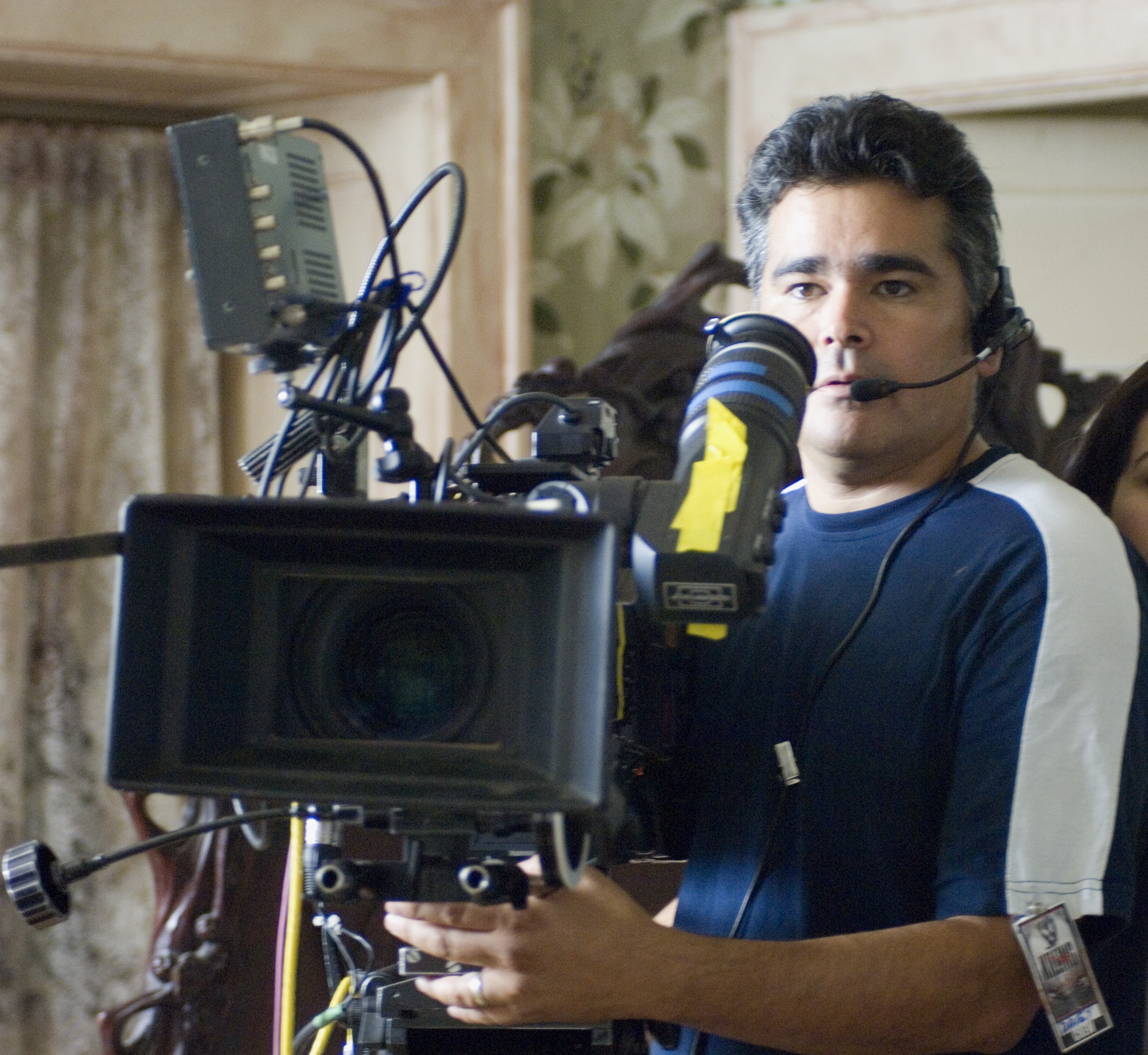